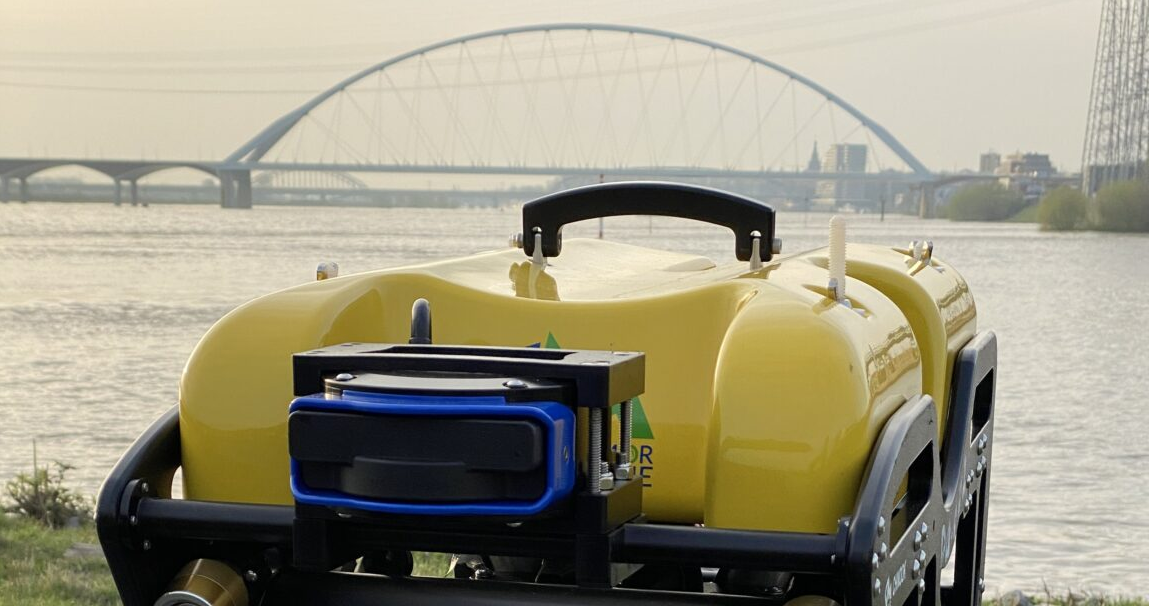 Inspections by SEAMOR’s Chinook ROV determined the condition of a neglected railway bridge foundation in the Netherlands. 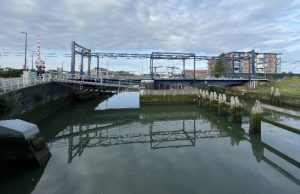 When the metro system in Rotterdam, Netherlands, Hoekse Lijn expanded to take over an existing section of 24 kilometer’s railway track between Rotterdam and Hook of Holland, the public transport company (RET) needed to assess the condition of the infrastructure. This particular section of busy track included a bridge over the Port of Maassluis that’s underwater portion, hadn’t been inspected for more than 130 years. To determine if the bridge’s foundation met the NEN 2767 compliance standards, the Rotterdam-based DroneQ Robotics deployed SEAMOR’s Chinook ROV in the port in July 2022.

ROV navigation was difficult due to a shallow depth of only 5 meters and drastic current changes within 2.5 meters of the surface. The water was murky with harbour debris and blurry with the brackish conditions created by the nearby river spilling into the ocean’s salt water. In spite of these challenges, precise navigation was a necessity in order to avoid stirring up the sediment on the bottom. 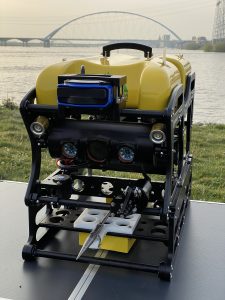 The Chinook ROV needed to fly laterally and consistently maintain a 10cm distance between the bridge and the ROV while keeping the ROV at a 90-degree angle. The ROV also inspected beneath the bridge foundation, which was only 80cm in height, this meant maneuvering the ROV with only 10cm clearance on the top and bottom. A concrete and wood integrity measurement device, developed by DroneQ and validated by Saxion University, was used to gauge the thickness of the bridge foundation.

The Chinook successfully maneuvered in extremely tight spaces to reach the bridge’s foundation and assess its condition. Using the Chinook’s manual and auto-focus HD camera, the ROV produced high-quality images that proved essential in the final report issued to the public transit company. No critical defects were detected, and the bridges were in surprisingly good shape.
“The quality of the Chinook’s HD camera used in this ROV inspection never ceases to amaze me in the murky waters of the Port of Maassluis in the Netherlands,” says John Troch, Director and Co-founder of DroneQ Robotics in Rotterdam. “The engineering company doing the final reporting for the public transit authority was also stunned by the quality of the images.”
Not only did the high-definition images document the condition of the aging bridge foundation, they also helped substantiate a long-term maintenance plan and determine budget allocations for the upkeep.
“What we like most about the Chinook is the modular setup, where in the field we can change/repair it quite easily, thus improving project business continuity,” says Troch.